If anyone knows the U.S. Women's National Team inside and out, it's Sweden. Facing Pia Sundhage, who left her role as the U.S. head coach shortly after winning gold in the London Olympics, has always made me nervous. My most vivid memory from the group stage of the 2015 World Cup was watching the crossbar bounce up and down after Meghan Klingenberg's headed clearance off the line, a play that saved the US from a loss to Sundhage's Sweden.

I loved watching Pia coach the USWNT. She always seemed like she was having fun, had a good relationship with the players, and maybe secretly wanted to be a rockstar. As Abby Wambach said after Pia's final match, "we wish her nothing but the best second place finishes for the rest of her career." Unfortunately, the U.S. won't be holding her to a silver medal in the Olympics this year after their loss to Sweden on penalties. But if anyone was going to defeat the U.S., I'm glad it was Pia.

On their way to Gold in the 2012 Olympics with Pia at the helm, the U.S. played a dramatic semifinal match against Canada. The U.S. leveled the match three times in regulation, neutralizing Christine Sinclair's spectacular hat-trick and forcing extra time. With only seconds left before heading to a penalty shootout, Alex Morgan scored the latest goal in FIFA competition history.

That day solidified my USWNT fandom. No match (including today's had the U.S. pulled off a win) has equaled that level of drama, but today's certainly brought on the same level of stress. No matter your team's ability, a penalty shootout is a cruel lottery.

Even from the winning side, it's easy to see how cruel it is. As a kid, I was part of a team that won a championship on penalty kicks. I was far from the best player, so thankfully I was spared the pressure of taking a kick. On the drive home, I remember telling my mom how I felt bad for the kid who missed, costing his team the win. Today Christen Press is that player, but she has nothing to be ashamed of. She has become an important part of the USWNT, and she still has many opportunities to come. While I can't speak for every fan, I do think the fans who matter would tell her it's alright, we still have your back. 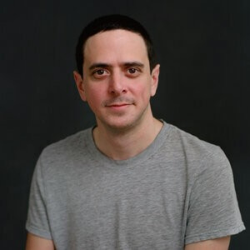 I'm a web developer in Montgomery, AL with a degree in economics and a love for skateboarding, photography, NASCAR, and US soccer.